The Department for Health and Social Care (DHSC) has launched the new version of the NHS coronavirus contact tracing app. 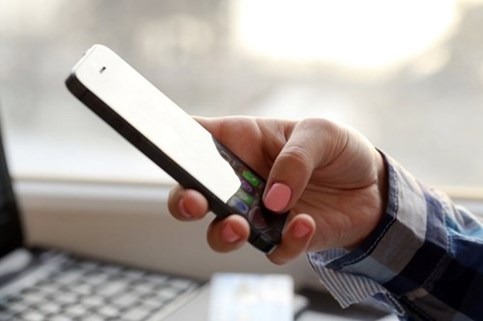 It is repeating the experience of the first iteration with a trial on the Isle of Wight, while also using it with some NHS volunteer responders across England.

There are also plans for a trial in the London Borough of Newham soon as part of the NHS Test and Trace service.

The app has been designed to work alongside traditional contact tracing services and testing, to help people understand if they are at risk of infection and should self-isolate.

Development of the new version has involved a change of direction by DHSC, which abandoned the centralised approach to collecting data in the first version to the decentralised model along the lines of apps developed by Apple and Google. The Alan Turing Institute has also been involved in the new app’s development.

The supporting system generates a random ID for a device on which the app has been downloaded, followed by personal daily codes and 15-minute codes that can be exchanged by Bluetooth connections with others within range

If a user reports a positive test for Covid-19, the app will ask for permission to share the daily codes with other app users. If agreed, they will be uploaded to a central system hosted on Azure, which will then send them to other phones to check for any matches. If these are judged ‘high risk’ – within two metres for more than 15 minutes – it will alert the relevant users.

A QR code makes it possible to check into venues to leave a record that the device has been there. In the event of someone with the virus having been there this will make it possible to pass on an alert.

The app also enables users to check if they have symptoms of Covid-19, book a test and get results quickly. It they are told to self-isolate a timer helps count down the period.

DHSC said that personal data does not leave the phone and can be deleted when the user desires, and the app only asks for permissions to pass on notifications. It does ask for the first four digits of a postcode to alert users if the areas in which they live becomes high risk with the virus.

The app is overseen by NHS Test and Trace in DHSC, with any personal data processed by Amazon Web Services and the Health Informatics Service, which is hosted by Huddersfield and Calderdale NHS Foundation Trust. Neither can use the information for any other purpose.

Health and Social Care Secretary Matt Hancock said: “We’ve worked with tech companies, international partners, privacy and medical experts to develop an app that is simple to use, secure and will help keep the country safe.

“Building on the feedback from the first phase, I want to thank Isle of Wight residents who will again play a vital national role in fighting this pandemic, joined by residents in Newham, London and our incredible NHS Volunteer Responders. We are hugely grateful to everyone playing their part to rigorously test the new app and provide the foundation for a national roll out.”

Dido Harding, executive chair of the NHS Test and Trace Programme, said: “By launching an app that supports our integrated, localised approach to NHS Test and Trace, anyone with a smartphone will be able to find out if they are at risk of having caught the virus, quickly and easily order a test, and access the right guidance and advice.

“There is no silver bullet when it comes to tackling coronavirus. The app is a great step forward and will complement all of the work we are doing with local areas across the country to reach more people in their communities and work towards our vision of helping more people get back to the most normal life possible at the lowest risk.”

Northern Ireland has already launched its own contact tracing app and the Scottish Government has indicated its version will become available during the autumn.