The Scottish Government is aiming to release its coronavirus contact tracing app in the autumn, using a model based on that now deployed in Northern Ireland. 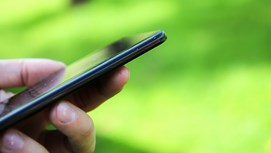 It said it will use the software initially developed for the Republic of Ireland’s tracing app, and adapted for use in Northern Ireland – where the Department of Health (DoH) launched its app last week.

The Scottish app will be developed by enterprise software specialist Nearform, which has made the source code and other documentation publicly available, and use Bluetooth technology to alerts users when they have been in close contact with another who has tested positive for Covid-19.

The Scottish Government said use of the app will be voluntary and that it will not ask users for any personal information, effectively following the non-centralised model chosen by Apple and Google for their own apps. It will not include symptom checking or additional functionality such as QR code software for checking in and out of venues.

Health Secretary Jeane Freeman said: “This new app will offer an additional level of protection, supporting NHS Scotland’s Test and Protect system to continue to drive down the spread of Covid-19 across the country.

“It builds on existing person to person contact tracing which remains the most robust method of contacting those who have been in close contact with someone who has tested positive.

“Users of the app who test positive will still get a call from a contact tracer to confirm their details and who they have been in close contact with. The app will however, allow contacts unknown to the positive individual to be traced – for example fellow passengers on a train or bus.

“We also know that not everyone uses a mobile phone or will be able to access the app, which is why this software is very much there to complement existing contact tracing methods.”

It will be available through the Apple and Google app stores and used as part of the Test and Protect programme for contact tracing that was launched in May.

The Scottish Government “remains in discussion” with the UK Government regarding its plans for a  contact tracing app.