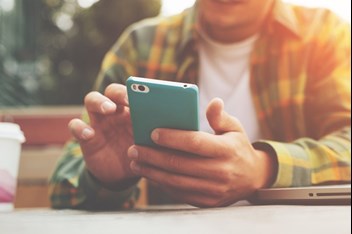 Named StopCovid NI, it is being deployed this week and will work alongside the Public Health Agency’s existing telephone based contact tracing system.

The DoH said it anticipates the total costs of the project to be less than £1 million.

It works on the Bluetooth standard in which phones exchange non-identifiable numbers, and will contact any phone that has been in high risk contact with that of someone who has tested positive for the coronavirus. High risk is defined as being within two metres for 15 minutes or more.

Users' phones emit anonymised coded 'keys', which are exchanged between phones if they come into high risk contact and are stored for 14 days before being discarded.

If someone tests positive, they are given a random six-digit authorisation code which they enter into their phone to release the anonymous keys it has transmitted over the previous 14 days. These are then released to a secure registry, through which the people who came into contact are notified. The registry is held in a secure cloud services account run by AWS for the DoH.

The DoH said the app does not collect any identifiable information about users - using the non-centralised model chosen by Google and Apple - and when anyone is contacted they are not told who has tested positive for the virus.

Health Minister Robin Swann said: “It is vitally important that we minimise the spread of this virus.

“That requires the identification wherever possible of close contacts of people testing positive. The StopCOVID NI app has a key role to play in this regard and I would encourage everyone to download and activate it once it becomes available.

“Our Test, Trace and Protect is central to our efforts to keep people safe and sustain the relaxation of the lockdown.”