The Government has changed course on its plan for a Covid-19 contact tracing app for England, indicating that it is ready to work with Google and Apple. 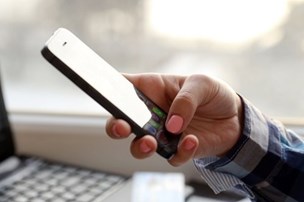 The Department for Health and Social Care (DHSC) has issued a statement saying it will bring together the work done on the NHS app trialled on the Isle of Wight with the framework adopted by the two companies.

This follows continued complaints about the centralised model of data collection used in the NHS app – as opposed to a decentralised approach for the others in which all data is retained on the phones rather than a database – and reports of technical problems the trial.

Field testing of the NHS app revealed issues around the reliability of detecting contacts on specific operating systems, notably the iOS on Apple’s phones.

DHSC has indicated that, despite Google and Apple running into problems in the development of their own contact tracing apps, that their provision of an API is likely to help deal with limitations identified in field testing of the NHS app. The two companies have told the department they would make the API available, with conditions, so they could all look at how their technology could work together.

This has led the DHSC to say the focus of work will now shift away from the current app design and towards those of Google and Apple.

It has not made an explicit reference to a preference for a centralised or decentralised model. Previously it has leaned towards the former on the grounds it provides more data for analysing the spread of the coronavirus.

Baroness Dido Harding, executive chair of NHS Test and Trace, and Matthew Gould, chief executive officer of NHSX, said in a joint statement: “Our ambition is to develop an app which will enable anyone with a smartphone to engage with every aspect of the NHS Test and Trace service, from ordering a test through to accessing the right guidance and advice. This will support our vision of helping more people get back to the most normal life possible at the lowest risk.

“Our response to this virus has and will continue to be as part of an international effort. That is why as part of a collaborative approach we have agreed to share our own innovative work on estimating distance between app users with Google and Apple, work that we hope will benefit others, while using their solution to address some of the specific technical challenges identified through our rigorous testing.

“We will also draw on the invaluable insight from all of those who trialled the app on the Isle of Wight – and the brilliant teams who have worked on it to date – to build an app that can form part of the end-to-end NHS Test and Trace service and this insight will be integral to the next phase of development.”