Facing up to post-pandemic demands in transformation 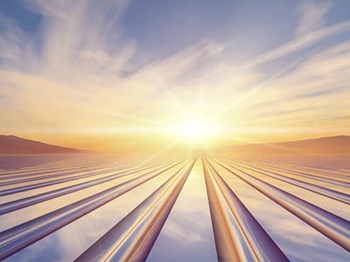 Digital leaders in the public sector have found a breathing space in the response to Covid-19 and there is a strong sense that things will not go back to how they were before.

But as yet there is no clear view of how new ways of working and services will develop and a recognition of new challenges to come. A recent online round table staged by UKAuthority and Nutanix highlighted key issues that will have to be addressed.

They include the balance between virtual and face-to-face interactions, both in relation to the prospect of more hybrid working between home and office, and a future choice between virtual and physical public meetings. Decisions will be needed in both cases and there will be a need to recognise new nuances and establish new etiquettes for making things work effectively.

Challenges are expected around finance and procurement, exacerbated by the expected squeeze on public spending. This is going to intensify the debate around spending on technology to save elsewhere and increase the pressure on public sector buyers to get good deals from IT suppliers.

As ever, the emergence of new cyber threats is seen as a major issue, especially with reports that attackers have targeted the public sector during the pandemic, and organisations will have to continually focus on maintaining high levels of security. This is further complicated by the widespread move to cloud systems and the recognition that, while the large cloud providers have high standards in security, it is not sufficient to simply rely on them to provide the assurance.

Environmental sustainability is becoming a pressing issue, with many local authorities having declared a climate emergency and an increasing expectation that all bodies will include it in their plans for digital.

The drive to overcome digital exclusion has also risen up the agenda. The pandemic has highlighted the increasing dependence on access to digital services, and the difficulties facing disadvantaged people who lack the connectivity, devices or downloading capability to do so.

Coping with all this requires an assessment of overall priorities and identifying the key elements needed for the future, not just in meeting demands that are now clear to see, but in responding to those that are not yet anticipated. It needs a new mindset and components to respond to the unexpected.

A more detailed report and reflection on the issues to come out of the paper can be found in the briefing paper from the event, which can be downloaded by completing the form above.

UKAuthority has worked on a number of reports and briefing notes from our virtual round tables with its long-term research partner, Nutanix on the theme of transformation. Catch up with the research stream here

We also in partnership with Nutanix, hosted a live discussion on the next challenges and opportunities in digital transformation. Catch up on the debate  here