The London Borough of Waltham Forest has managed to greatly increase the number of its contact centre staff through a shift to home working. 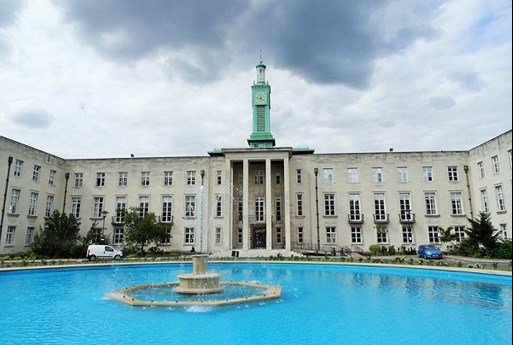 Paul Neville, the council’s director of digital and ICT, said it now has around 200 people available to provide a seven-day service as one of the steps it has taken in response to the coronavirus pandemic, which increased the number of incoming calls to around 3,000 per day.

It achieved the expansion last month by using the AWS Amazon Connect cloud call centre platform, which it implemented in just over a week in a project with integration specialist for the system VoiceFoundry. Neville said it was made possible by a quick response from Amazon to the council’s approach and that the company has provided support with free credits until the end of June.

“We’ve now got more people working in the contact centre as a result of this,” he said. “For example, we’ve retrained the people who were working in the libraries, which have had to close, and have been able to bring those were self-isolating at home.

“This has helped to bring down our call waiting times significantly.”

The implementation involved diverting calls into a SIP trunk on the AWS cloud, which then sends them out to agents through standard VoIP technology.

Neville said that because it is self-contained within that cloud environment it was relatively easy to configure, there were not many technical limitations and few problems arose. The council’s digital team had to work out which phone number ranges to divert to the platform, make sure it opened up the right IP ranges and test the work with browsers and laptops, and train the users quickly.

It also invested in high quality headsets for staff to connect with their computers at home. “Those peripherals have been in high demand and short supply, but we managed to get enough,” he said.

A number of frontline services are now supported by the system, including council tax, benefits, housing and social care enquiries, along with Waltham Forest’s IT service desk. Neville said the change, although made in response to an emergency, is likely to have an influence on how the council works in the future.

Neville said the council’s whole digital response to the coronavirus has been helped by anticipating the need for rapid change in February and boosting its capacity for users to connect to its network.

“At the back end we’ve created a clever integration between he two,” Neville said. “It enables us to automatically schedule food deliveries through volunteers, which they can see on a digital rota, and take in specific requirements such as asking for one-off or weekly help which is automatically scheduled.

Other responses have included the creation of a Slack channel for care leavers to help each other through an online community, a drop-off library service and an internal system for quickly redeploying staff.

The council was also among the first to move its public meetings online with a virtual planning meeting in the first week of April, and has stepped its use of Microsoft Teams for remote internal meetings.

COMING SOON: AWS recently supported UKAuthority in the production of a research paper, Fixing the Plumbing: Principles of the Local Digital Declaration in action. Keep an eye out for the report and stories publishing from next week.