Waltham Forest Council has run a planning committee meetings on a virtual basis in an effort to deal with the social distancing restrictions during the coronavirus crisis. 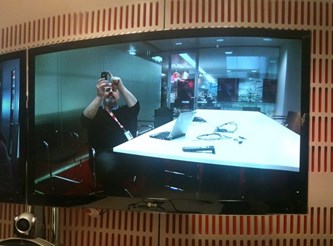 The London borough ran the meeting earlier this week with four councillors in the room and about 60 people taking part through video conferencing technology.

The meeting dealt with a major house building plan that the council did not want to delay under the current restrictions.

It used Microsoft Teams combined with Logitech hardware, the terminal access point for connectivity, a Rally camera for ultra HD imaging and a single Rally speaker and microphone pod for the audio element.

Cabinet member for economic growth and housing development, Councillor Simon Miller, said: “This meeting was due to discuss the largest home building scheme in the council’s programme and we were keen to make sure that it stayed on schedule.

“Government regulations meant we would not be able to hold a normal meeting due to social distancing, so our officers used Microsoft Teams to allow the committee members to be in one room with officers, applicants, objectors and other observers using the video conferencing facility.”

A Waltham Forest spokesperson said it hopes to repeat the operation but is waiting for the Government to relax regulations requiring face-to-face meetings for decision-making. It had sufficient numbers in the room for this meeting but would not be able to take the same approach for all others.

Image by Steve Bowbrick, CC BY 2.0