The London Borough of Waltham Forest is looking for a new chatbot system to replace its existing ‘Tell Walt’ service, launched in 2018 to respond to waste management queries on topics including fly tipping and dirty front gardens. 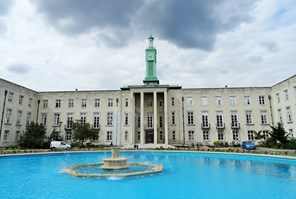 The council has published an open early engagement notice through the Government’s Contracts Finder service to look for potential suppliers. As well as replacing the existing system, which works through Twitter and Facebook, it sees the new service as a foundation on which to build new chatbots in other areas.

The current system asks the same questions as an online form in the council’s GovService customer relationship management system. Waltham Forest wants the new service to integrate with the CRM, Twitter and Facebook, but also add newer social media services including WhatsApp and potentially others.

Potential suppliers should have experience of integrating chatbots with social media platforms and business systems, as well as working in a public sector environment. The council is looking for responses by 28 August, with a procurement to follow.

In May, Waltham Forest’s director of digital and ICT Paul Neville said the council had been able to increase the number of people working in its virtual contact centre by using the AWS Amazon Connect platform. It retrained some library staff who were unable to work due to closures caused by coronavirus, allowing it to provide a seven-day service.