Review of Whitehall digital calls for ‘teeth to the centre’

A review of digital operations in central government has called for more powers for a central body and the creation of a data application centre of excellence. 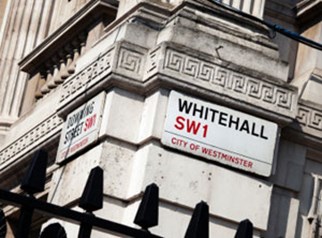 The Cabinet Office said the report – first presented to the Digital Economy Council last October but published yesterday – will be taken forward by the Central Digital and Data Office (CDDO) and inform decisions in the next Spending Review. Some of its recommendations have already been implemented in part.

Titled Organising for Digital Delivery, it has come with another publication, a Review of the cross-cutting functions and the operation of spend controls by former Cabinet Office minister Lord Maude, which generally agrees with its analysis.

It says there have been plenty of achievements since the creation of the Government Digital Service (GDS) in 2011, but notes that the UK has slipped in UN’s world rankings for the area since 2016 and points to a number of barriers to progress. These include problems with legacy systems, the uncertain quality of technical product delivery, weak monitoring of operational performance, missed opportunities in using government data and confusion over the role of central functions – notably a concern that GDS has “lost its way”.

In response, it sets out a series of recommendations including that the central function for digital is refocused and given more powers in its dealing with departments.

This would involve the appointment of a government chief digital officer (GCDO) at permanent secretary level – along the lines of chief scientist and chief medical officer – in line with a long running plan to recruit for the role. This has been partially fulfilled since the original submission of the report with the appointment of Joanna Davinson as executive director of the CDDO, although the functions of the body do not extend as far as all of the recommendations.

It would be accompanied by the creation of a small team taking ownership of six areas to hold departments to account for their digital delivery while driving interoperability. These would cover: owning critical services such as GOV.UK, identity validation and online payments; leading a central planning, budgeting and monitoring team; strengthening and enforcing technical standards; providing leadership in digital, data and technology (DDaT) with a stronger sense of professional community; identifying opportunities for savings in technology procurement; and leading quarterly business reviews.

This includes a proposal that the GCDO should be more proactive in challenging technology spending and leading an annual review on the issue, reallocating funds between departments and “swimlanes” where appropriate.

The recommendation for a government data application centre of excellence, which would work under the GCDO, reflects the priorities set out so far for the CDDO. It would provide a lead in developing best practice and guidelines in creating value from datasets, with an emphasis on technical standards, security protocols and APIs.

The review rejects the idea of creating and enforcing a common set of technologies for departments to use, but says there is a role for the centre in defining architecture and standards for enabling services to make relevant calls on data and enable different services. It also sees a role in maintaining a catalogue of datasets and which services sit where.

A handful of organisational implications are identified, including that GDS should be refocused as a product organisation – in line with changes announced in January and now in operation – and there should be a team under the GCDO for the various functions.

Another proposal is in line with the familiar drive to place citizens at the heart of all design decisions. This would involve the provision of operational dashboards to senior leaders to provide a granular view of the customer experience of the services they provide, and a process akin to Amazon’s CXBR reviews, applied at an early stage of product design to ensure it is clear and simple to customers.

Other recommendations cover: strengthening the accountability of departments and their permanent secretaries; setting up a quarterly business review process; and investing in developing the technical fluency of civil service leadership.

The review by Lord Maude – which in addition to digital takes in financial management, procurement, major projects, property, HR and internal audit – says a strong central authority for each of these would ensure resources are used to benefit the whole of government and projects and programmes are implemented effectively.

It comes to similar conclusions to the Organising for Digital Delivery report on the relevant functions, supporting the repurposing of GDS, along with an audit of a selection of recent digital transformation projects, and the creation of a new “central acceleration entity” under the GCDO to assess the legacy backlog and devise a strategy for replacing obsolete technology.

It should create a central register of all data centres used by government, and use this to drive improvements in performance, security and efficiency, the document says.

Along with this the Government should reboot its open data programme, with a commitment to create single canonical data registries over the next five years and carry out an aggressive programme of releasing datasets.

Announcing the publication of the reports, Chancellor of the Duchy of Lancaster Michael Gove said: “Both reports bring up some key issues which we must address, such as improving civil service recruitment to make sure the people we employ better reflect the people we serve, tackling our history of outdated IT systems and transforming the way we use data across government.

“Much of this work is already underway, but there is more to do and no time to waste.”

He also told Parliament they are “critical to driving reform activity within the cross-government functions”.

The release of the reviews has come the day after the National Audit Office published a highly critical report on central government’s record on digital business change. This highlighted various shortcomings and has added weight to the view that there has been a loss of an overall sense of direction in central government digital over recent years.