The Cabinet Office has announced plans for a new entity and a trio of senior appointments for digital and data in the UK Government. 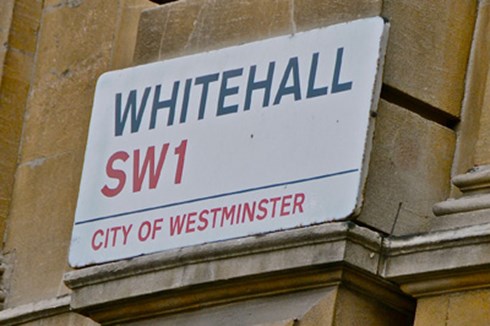 It is setting up a Central Digital and Data Office (CDDO) as a strategic centre for digital, data and technology, with Paul Willmott as its chair and Joanna Davinson as chief executive officer.

This comes with the appointment of Tom Read as the new chief executive officer of the Government Digital Service (GDS).

In a division of roles previously under the remit of GDS, it will be responsible for the standards, controls and assurance functions, and focus on the development of new digital products and services.

The CDDO - due to be set up by early February - will meanwhile be in charge of shaping strategy and assuring delivery for digital, data and technology across government. Its leadership will report to the chief operating officer of the Civil Service.

A blogpost by Alex Chisholm, chief operating officer of the Cabinet Office, has outlined the CDDO role as providing relevant advice to ministers, working with HM Treasury on the funding of digital initiatives, providing leadership for the rest of government in the field, and working with the Government Commercial Function and Crown Commercial Services to reform technology procurement.

The Cabinet Office said the two bodies will share responsibility for shaping and delivering the Government’s innovation and transformation strategies, overhauling legacy IT systems, strengthening cyber security and improving the relevant capabilities.

Parliamentary Secretary for the Cabinet Office Julia Lopez MP said: “I'm delighted to announce these three impressive appointments, whose mix of skills and experience will enhance our digital, data and technology leadership capability and make real our ambition to provide the public with better, more personalised public services that will enhance our reputation as the world’s most digitally advanced government."

Wilmott comes to the new post from the private sector, having been chief digital adviser at the LEGO Brands Group and previously a founder and global managing partner of McKinsey Digital. Earlier in his career he was a software engineer and technical architect.

The Cabinet Office said he will carry out the role of chair of the CDDO on a non-executive, unpaid basis.

He commented: “There is a clear mission to establish the UK as global leader in digital government and to provide citizens with better services. The ambition and challenges are substantial but, from what I've seen, we have both the capabilities and determination to succeed.” 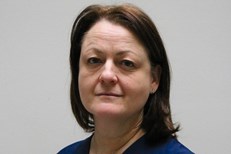 Davinson (pictured) has been chief digital, data and technology officer at the Home Office since 2017 and had previously worked at the National Audit Office and at PWC and IBM. The announcement said she has 30 years of experience in technology enabled transformation, most of which has been focused on public services.

She said: “I am looking forward to working with department chief digital information officers and their teams and with other colleagues across government, to develop and deliver the strategies and plans that enable the UK to lead the way in serving its citizens by being one of the most digitally advanced governments in the world.” 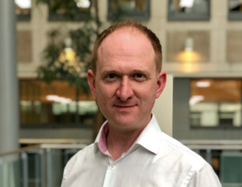 Read has been chief digital information officer at the Ministry of Justice since 2016, with earlier stints as Cabinet Office chief technology officer, head of applications at Guardian Media Group and in banking, media and consulting.

He commented: “To have the opportunity to lead the Government Digital Service into its next era is incredibly exciting and one that I cannot wait to get started on. Never has it been more important to build, deliver and support services that are fundamentally based on the needs of our users.

“I look forward to delivering a refreshed focus on the development and delivery of digital products and services underpinned by strong digital standards.”

GDS has been under two interim leaders – Alison Pritchard then Fiona Deans – since Kevin Cunnington moved on from the position of director general in June 2019. Pritchard moved to the Office for National Statistics in September of last year and Deans is moving back into her role as chief operating officer of GDS.

Additions on 13 January on publication of blogpost by Alex Chisholm