HM Passport Office and the General Register Office have signed Kainos to deliver a private beta version of a digital death registration service. 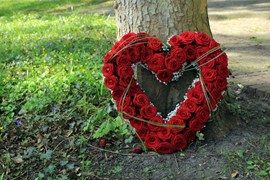 They have agreed on a £4.5 million deal with the aim of launching the service for England and Wales by April of next year.

The agencies have been working with the Cabinet Office on the project.

Their earlier tender notice stated service outcomes including a capacity to register deaths online, a notification and status tracking capability and online data capture and case working for registrars.

There is also a plan for the system to be integrated with NHS digital systems, reflecting the fact that the registration of deaths involves the health service and medical examiners – along with local authorities, funeral directors and support groups.

The existing service involves a combination of manual operations and legacy technology and handles around 500,000 registrations of deaths per year.

The new service will be built on an AWS platform.

The contract marks an expansion of the Kainos footprint in central government: last year it was signed to become technical delivery partner for HM Land Registry, and last month it landed a £54.5 million deal to play a similar role for the Department of Environment, Food and Rural Affairs.