Northern Ireland’s Department of Health (DoH) is to make its StopCOVID NI app available to children and young people from next month. 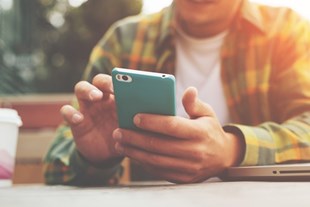 Health Minister Robin Swann announced the move, saying the DoH had been working with the children’s commissioner and Information Commissioner’s Office to identify a way younger people could get consent to use it without affecting their anonymity.

“The more people get onboard, the more effective the app will be in breaking the chains of transmission of the virus,” he said.

The app, based on that developed for the Republic of Ireland, was launched in July and has since been downloaded more than 300,000 times.

The DoH said so far 160 people who have had a positive test for Covid-19 have uploaded data from the diagnosis keys and 237 others have been alerted through an exposure notification advising them to self-isolate.

It also highlighted integration across the border, with 160 Northern Ireland diagnosis keys being passed to health authorities in the Republic of Ireland.