National Cyber Force to be based at Samlesbury

The Ministry of Defence (MoD) has announced that a permanent campus for the National Cyber Force (NCF) is to be created at Samlesbury in Lancashire. 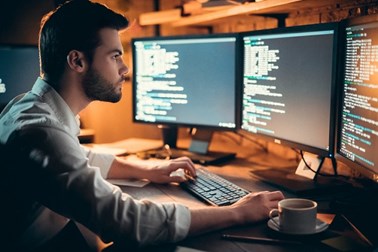 This follows an indication earlier this year that the force – a partnership between the MoD and GCHQ set up last year for offensive cyber operations– would be based in the North-West of England.

The ministry said the move will cement the region’s position as the cyber centre of the UK. GCHQ already has an office in Manchester and the city is a fast growing major tech cluster.

The NCF draws together personnel from intelligence, cyber and security agency GCHQ, the MoD, secret intelligence service MI6 and the Defence Science and Technology Laboratory under one unified command.

The MoD said the NCF works with law enforcement and international partners in a legal, ethical and proportionate way to counter a range of national security threats.

Foreign Secretary Liz Truss commented: “The National Cyber Force will help confront aggressive behaviour from malign actors, and demonstrate that Britain is investing in next generation defence capability to protect our people and help our friends counter cyber threats. It sends a powerful message to our allies and adversaries alike.”

The UK Government has acknowledged offensive cyber operations in recent years, with GCHQ pioneering the use and development of techniques. In 2016 the then defence secretary confirmed operations were taking place against Daesh and in 2018 GCHQ revealed how it had degraded ISIS propaganda networks through cyber operations.