Prime minister Boris Johnson has told Parliament that GCHQ and Ministry of Defence (MoD) are collaborating on hostile operations through a National Cyber Force (NCF). 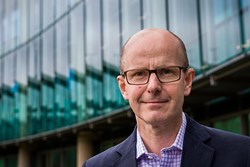 “I can announce that we have established a National Cyber Force, combining our intelligence agencies and service personnel, which is already operating in cyberspace against terrorism, organised crime and hostile state activity,” Johnson told the House of Commons in a statement on the government’s integrated review of foreign, defence, security and development policy.

The government said the NCF includes staff from GCHQ, MoD, the Secret Intelligence Service MI6 and the Defence Science and Technology Laboratory, working under a unified command. Its operations could include interfering with a terrorist’s mobile phone and targeting weapons used against UK military aircraft. In 2016, the government disclosed agencies were carrying out hostile cyber operations against Islamic State.

A statement published by the government said the prime minister had “avowed” the NCF, officially revealing an already-existing organisation. The UK’s signals intelligence agency GCHQ was founded in 1919, but the government did not avow it until 1983.

Jeremy Fleming, GCHQ’s director, referred to his agency’s history: “Today the National Cyber Force builds out from that position of defensive strength,” he said. “Working in close partnership with law enforcement and international partners, the National Cyber Force operates in a legal, ethical and proportionate way to help defend the nation and counter the full range of national security threats.”

The statement said that that the NCF is separate to the National Cyber Security Centre, a GCHQ unit focused on cybersecurity in the UK, although the two work together.