The Ministry of Justice (MoJ) is aiming to develop a new operational reporting system for prisons in England and Wales. 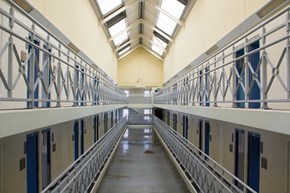 Its digital and technology and team has indicated that the move is part of an effort to replace legacy systems with clearer digital services by 2024, in line with elements of the MoJ’s Prisons Strategy White Paper.

It has begun to look for support in a programme, that could run for two years with a budget of up to £4 million, to deliver strategic reporting services. This would begin with a discovery project followed by alpha and beta phases.

The market notice says that prison reporting – on factors such as a list of prisoners to unlock each day and detailed management information – is currently inefficient, using different reports and systems from which the data has to be joined up manually.

Practices and processes differ between prisons, which makes it difficult to combine and analyse reports at local and national level, and reporting is open to errors and duplication.

“Improving, rationalising and standardising report in prisons could significantly improve the quality of reporting,” the notice says.

It envisages that a new system would be used by frontline officers and administration staff, along with regional and national operational teams and national policy teams.

The move comes shortly after the publication of the white paper, which includes a promise of a big investment in digital facilities and infrastructure for prisons. This will involve digital upgrades for 11 prisons over the next two years.