The Government Digital Service (GDS) has added more detail to its plans for a mobile app providing a digital identity check for access to government services. 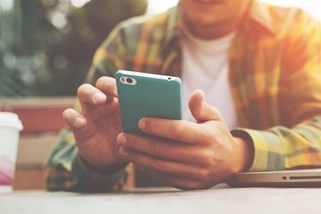 It has begun to search for a delivery partner to work with its digital identity unit and GOV.UK team in a project that could run for up to two years to deliver the app.

This follows last week’s announcement by Chancellor of the Duchy of Lancaster Steve Barclay MP that the Cabinet Office, within which GDS works, is planning a ‘one stop’ app for users to access services through a smartphone.

GDS has published a procurement notice saying it wants to build a new digital identity check integrated with the planned single sign-on for government services, as well as looking at how app technology could improve their convenience and efficacy.

It emphasises the need to incorporate the near-field communication capability of modern smartphones to scan documents, and to lay the ground for the future evolution of how GOV.UK services would be delivered through the app.

Discovery work on a wider web based identity process has already been completed and will soon move into a beta phase, and a small discovery team has begun to look at the native app component.

“GOV.UK is optimised to work well on mobile; in 2020 at least 75% of GOV.UK traffic came via mobile,” the notice says. “We must now determine the evolution of this experience, ensuring that GOV.UK continues to offer solutions that are relevant and efficient for all users, including those whose interactions would benefit from being app based.”

It estimates the value of the work at £4.8 million and emphasises the app will have to work on Android and iOS phones.

Last month the chief executive officer of GDS, Tom Read, outlined its thinking on a future single sign-on for government services, emphasising that there will be a need for different methods for different groups of people.

He predicted that GDS would begin to deliver some of the solutions next year.