The Government Digital Service (GDS) is working on alternative paths for different groups of people to use a future One Log-in for government service. 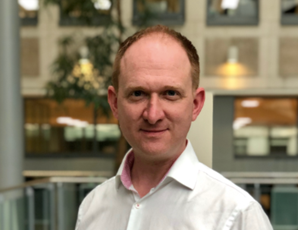 Its chief executive officer, Tom Read, outlined the plan in a presentation to the Building the Smarter State conference staged by IT industry association techUK.

He said it is a key element of the GDS effort to “work in really close partnership with all the other bits of government to build up the vision of a simple, joined up and personalised experience of government for everyone”.

Read said that One Log-in for government is currently the organisation’s most important piece of work and will provide a single way for uses to prove who they are in logging into any government service. But GDS has learned from experience that there is need for different methods for different groups of people.

While 75-80% will be able to take the “happy path” of using a chip in their passport and a video selfie along with existing data held by government to prove who they are – as opposed to the reliance on third party identity providers in the ill fated GOV.UK Verify programme – three minority groups would need different approaches.

One is “edge users” – generally the very old, very young or people who lead chaotic lives – who do not have access to the technology or lack the documentation from government, utilities or financial institutions to provide verification.

“We’ll build an identity checking service that works for all of them,” Read said. “It won’t look and feel exactly the same for each different person and they will have different user journeys. We’re not going to declare victory until this works for everybody.”

The second group are people who have others operating on their behalf, whether they are professional or business users or individuals who need support in dealing with government. Read acknowledged the requirements for this group are complicated and said GDS has not yet seen how to deal with them but is working on the issue.

Third are people who could use digital services but don’t want to because they do not want government connecting their data. He said this should be respected and an alternative path found.

“It’s unlikely to be as seamless,” he said. “Using the digital and data channels, the whole point is to make it much simpler and faster for people, but we will never force people to use the digital solution.”

He predicted that GDS would begin to deliver some of the solutions next year, and that it is learning from the experience of other national governments, the private sector and some off-the-shelf solutions. Advances in technology from 10 years ago, in areas such as facial recognition and machine learning, should make it possible to develop solutions that would not then have been possible.

In addition, the organisation will work closely with other government bodies to achieve this.