The Government Digital Service (GDS) has reported a big rise in the number of people signing up weekly to use the GOV.UK Verify digital identity service. 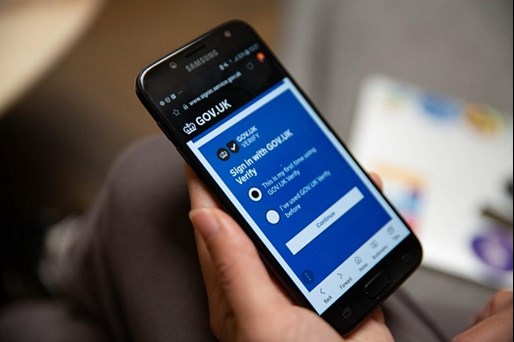 But the claim comes on the heels of reports that it has been told not to take on any more central government services and that the Department of Work and Pensions (DWP) has stepped up work on its alternative service.

Minister for the Cabinet Office Michael Gove indicated last month the Government had extended its support for Verify – which was due to have its funding ended at the end of March – by 18 months in order to deal with the surge of applications for universal credit as a result of the coronavirus pandemic.

GDS has provided details in support of Gove’s statement to Parliament that it was taking steps to improve the resilience of the system, and said that since 16 March over 640,000 new accounts have been created – equating to more than double the average weekly figure of 35,000 before the pandemic.

It attributed this partly to changes in the processes managed by identity providers, Digidentity and the Post Office, under which they scaled up the technology platform they share, brought forward the use of an app to scan the chip from a passport for identity verification, and employed more people to carry out manual checks when needed.

In addition, it directed people towards whichever of the two providers had a better capacity at a particular time, analysed support tickets and Twitter every day to spot changes in user behaviour, and pointed those restarting an abandoned sign-up towards the identity provider they had originally chosen.

GDS claimed this has helped to remove the online queues at the start of sign-up, which had peaked at 155,000 people.

But t the long term prospects for the service look gloomy. Last week Computer Weekly reported that HM Treasury extended the funding for Verify on condition that it will not be taken up by new service beyond those that already use it; and that they have to find alternatives in the 18-month period.

The report brought a non-committal response by the Cabinet Office, within which GDS operates.

This was followed by an indication from Simon McKinnon, chief digital and information officer at DWP, that the department is accelerating its work on a new online ID verification system – Confirm Your Identity – which was originally planned for September of this year. He related it specifically to the need to help people confirm their identity when applying for universal credit.

DWP had previously directed people with existing Government Gateway accounts to use those in signing in for universal credit applications.