The Department for Work and Pensions (DWP) has announced that people claiming universal credit can use the Gateway Gateway rather than GOV.UK Verify to confirm their identity. 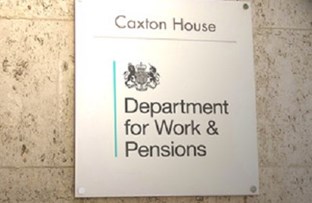 It said anyone who has used the Government Gateway over the past 12 months can use it to submit their credentials.

This follows a big surge in the number of people claiming universal credit due to the coronavirus lockdown, combined with reports of continuing problems among those trying to create Verify accounts.

The latter has been developed by the Government Digital Service as an online means of proving an identity for public services, but take-up and usage has been slow to gather momentum since it went live in 2016.

DWP said it is taking the step to streamline processes where possible after receiving more than 1.4 million claims since 16 March, and that this is one of a number of steps including the redeployment of 10,000 staff and recruitment of 5,000 more to process the claims.

The announcement is another blow to Verify, which is now used for just 16 central government online services. Only two – the Post Office and Digidentity – of the original nine organisations providing the initial authentication are still doing so, and central government funding was scheduled to be brought to an end at the close of last month.

In July of last year the Department for Digital, Culture, Media and Sport implicitly raised questions about Verify’s future with the launch of a consultation on digital identities. There have also been persistent complaints on social media about problems creating an account, which have intensified with the need to do so to make a universal credit application, according to reports in Computer Weekly.