A pilot of the NHS Covid-19 contact tracing app is beginning today on the Isle of Wight. 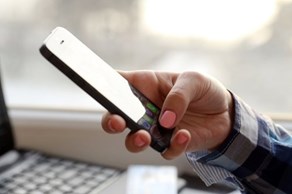 The Department for Health and Social Care (DCHSC) said it will be offered to NHS and council staff on the island from today, and to the rest of its residents from Thursday 7 May.

It has been developed by NHSX in the DHSC to speed up contact tracing and quickly identify people at risk as part of the ‘test, track and trace’ programme in an effort to reduce the spread of the coronavirus.

The Isle of Wight was chosen to trial the project because it has a single NHS trust that covers all NHS services on the island.

When someone downloads the app their phone is assigned a random number as a fixed but anonymous identity and the app asks them the first part of their postcode and records the model of the phone. Cryptographic keys are also assigned, but no identifying or personal data is taken from the device.

If they begin to show symptoms of Covid-19 they can report it through the app, which will detect any other app users – using a Bluetooth connection – that the person has been in ‘significant contact’ with over the past few days and send them anonymous alerts with advice on how to get a test.

Levy said the significance of the contact is estimated by algorithms, taking in duration and the signal strength of the Bluetooth connection to estimate the distance between people. The record of the phone model is also used to correct for different behaviour on signal strength.

In addition, the system takes into account the number of contacts with people who have reported symptoms and the number of their contacts to estimated the risk of infection.

When the app registers contact with someone who is ill the information is sent to a centralised database, with anonymised details of the contacts including duration and proximity. NHSX said this enables it to see the whole population and more easily optimise the algorithms used to assess the spread of the virus.

It added that it has taken security privacy into account, working with the National Cyber Security Centre (NCSC) on the development of the app. The latter’s technical director, Dr Ian Levy, has expressed his support for the security arrangements behind the app, pointing out it does not hold any personal information, the back end is designed to be as secure as practical, and it makes it hard to track a user by being physically close to them.

In addition, NHSX has previously indicated that users will be able to delete the app all associated data whenever they want.

But the plan has raised concerns around the data protection implications. The Information Commissioner’s Office has published a document on its position stating that it thinks there should be a data protection impact assessment for any contact tracing solutions before their launch, as the data processing is likely to result in a high risk to the rights and freedoms of individuals. This may be iterated over time.

DHSC said that modelling by academics at Oxford University’s Big Data Institute shows that the app has the potential to save thousands of lives, and that for every one to two people who download the app, an infection could be prevented.

NHSX is working on a function for users to be able to order a test through the app.

DHSC said that for people who may not have access to the app there will be an option to report symptoms and order tests in other ways.