The Department for Transport (DfT) is planning to develop a digital system to manage the compliance of non-UK vehicles with clean air zones (CAZs). 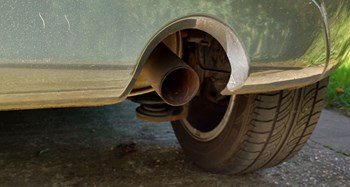 It has revealed plans to make use of a digital national register, to be run as an outsourced managed service, against which local authorities with CAZs could check whether vehicles entering the relevant areas comply with their regulations.

DfT has published an early engagement notice for potential suppliers, saying it wants to share more detail and gauge the level of interest in the market, with the scope for the industry to provide input into the specification of the service.

It is aiming for a service to go live by March of next year.

CAZs involve the imposition of a fee for driving a vehicle that does not meet the specifications on carbon emissions within a designated zone, with penalty charges for those that do not pay within the specified timescale. They are being used by a number of cities in the UK including London, Birmingham and Portsmouth.

The notice says that non-UK drivers could register their vehicle details then have a compliance check carried out by a third party. Local authorities could use the register to maintain whitelists of compliant vehicles that would be exempt from any charges.

It adds that a digital national register would reduce the political and legal risks associated with the current policy of issuing blanket penalty notices to non-UK vehicles that do not pay a charge.

Reference to CAZ for Leeds, plan for which was cancelled, removed on 6 September.