Transport for London (TfL) has announced the installation of new cameras to support the extension of the Ultra Low Emission Zone (ULEZ) in the city. 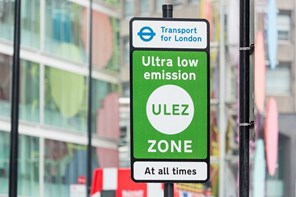 The move will support the expansion of the zone to North and South Circular roads in October 2021.

Operation of the zone works through a series of automatic number plate recognition cameras, providing data on vehicles which is matched to the database of those, generally older ones, that were not manufactured to reduce their nitrogen dioxide emissions.

The area covered by the existing Congestion Charge and ULEZ has around 650 cameras. TfL said the new zone will be 18 times the size, but will need only around 750 additional cameras as they are built to a higher specification. A spokesperson said one will be sufficient for a three-lane road, whereas previously one camera was needed for each lane.

They will be manufactured by Siemens at its factory in Dorset.

To reduce the number of additional sites required, it is prioritising cameras at locations already used to monitor traffic, on existing lamp columns and on traffic signals.

It is also developing a data protection impact assessment to set out how the data will be managed in line with the General Data Protection Regulation.

Alex Williams, TfL’s director of city planning, said: “We are fully committed to cleaning up London’s toxic air, and expanding the Ultra Low Emission Zone will play a key role in discouraging people from driving heavily polluting vehicles. This will help people to breathe more easily and create a more liveable city.

“We have already seen significant falls in the most toxic emissions in central London and now see most vehicles meeting the tough standards in the heart of the capital.”

TfL added that the ULEZ has so far contributed to a 44% reduction in roadside nitrogen dioxide in central London.