The biometrics and surveillance camera commissioner has launched a consultation on an update of the code of the practice for local authorities and police using the cameras. 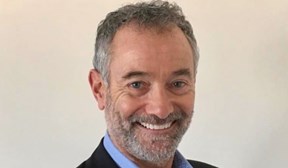 Professor Fraser Sampson (pictured) has called for input from a wide range of stakeholders with a deadline of 8 September, with the amended code to provide guidance on the use of the technology.

The draft of the revised code - first published in 2013 - takes into account data protection legislation and the judgement in the Bridges v South Wales Police legal case, in which the Court of Appeal ruled against the force on the lawfulness of its use of automated facial recognition.

The draft says that any use of the technology or other biometric characteristic recognition systems needs to be clearly justified and proportionate in meeting the stated purpose, and be suitably validated. It should always involve human intervention before decisions are taken that affect an individual adversely.

It adds criteria for the use of facial recognition by the police, including that they set out and publish categories of people on any watchlists, establish an authorisation process, ensure that any biometric data that does not produce an alert is deleted near-instantaneously, and that they act with regard to the Public Sector Equality Duty.

There has also been some rationalising of the text to make it easier for users to follow.