The Court of Appeals has ruled against South Wales Police on the lawfulness of its use of automated facial recognition (AFR). 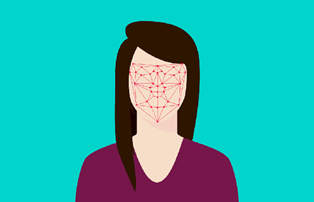 It has overturned a High Court verdict from last September in a case brought by civil liberties campaigner Ed Bridges and civil rights group Liberty, claiming that the individual’s rights had been breached by the force’s pilot programme in Cardiff city centre.

Bridges’ appeal succeeded on three of the five grounds taken to the appeals court: that South Wales Police had interfered with his rights in accordance with the law; that it had not provided an adequate protection impact assessment; and it had not complied with public sector equality duty.

The latter point included a statement that the police force had taken reasonable steps to ensure the Locate AFR software used did not include any bias on racial or sex grounds – although the Court said there is no clear evidence that it is biased.

The ruling also pointed to deficiencies in the legal framework within which the technology was used.

SWP has said it will not seek to appeal against the judgement.

Bridges commented: “This technology is an intrusive and discriminatory mass surveillance tool. For three years now South Wales Police has been using it against hundreds of thousands of us, without our consent and often without our knowledge.

“We should all be able to use our public spaces without being subjected to oppressive surveillance.”

The verdict was also welcomed by Tony Porter, the surveillance camera commissioner, who said: “I have repeatedly called for open debate from all sides on this very important issue. If there is to be an ethical and evolutionary process for the legitimate use of automated facial recognition technology by the state then it is essential that the public have trust in the technology, its legal and regulatory controls and the honesty of endeavour by the police themselves.

“The Court of Appeal case, its submissions and findings, are a key element of that evolutionary process. The spirit in which all parties contributed to these important appeal proceedings is to their credit and the court rightly acknowledged this.

“I was particularly encouraged by the approach to these proceedings by South Wales Police who have worked so hard to be transparent and ethical in their approach to use AFR technology in this pilot phase. Doubtless the learning from this appeal process will be valuable to them as well as other parties.”

Liberty said this has been the world’s first legal challenge against the use of AFR, and demanded the end of its use.

The judgement places a large question mark over existing plans. In July of last year the Home Office backed a series of trials by police forces and early this year the Metropolitan Police Service said it was going to use live facial recognition in parts of London to combat serious crime.

Porter said the technology should not be used if the police cannot show it is fair and non-discriminatory, and that he is looking at amending the relevant guidance. He also criticised the shortcomings in the legal framework.

“My considered view is that Home Office and the secretary of state have been asleep on watch and should reflect upon the comments of the court and now act in the public interest,” he said. “I urge ministers and officials to listen to the independent regulatory voices which they have appointed to consider and advise on these matters not ignore them.”