The new Central Digital and Data Office (CDDO) has formally taken up its role as the lead for the digital, data and technology (DDaT) function in government. 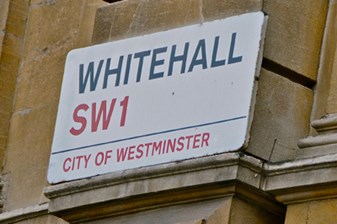 The organisation, which sits in the Cabinet Office, has announced its arrival with a joint blogpost by its executive director Joanna Davinson and the CEO of the Government Digital Service (GDS) Tom Read.

The creation of the CDDO was announced in January, along with the two appointments and that of Paul Wilmott as its chair.

It is responsible for setting DDaT strategy in collaboration with government digital leaders, and monitoring the health of the delivery of major digital and data programmes.

GDS, which was established in 2011, will focus on the development of products, platforms and services.

Davison and Read highlighted two challenges and opportunities: creating the strategy, standards and assurance mechanisms for transformation at scale; and building, support and iterating digital productions, platforms and services for reuse across government.

Among the early priorities are to build on a pilot for the GOV.UK Account and on the existing Notify and Pay services.

“Over the upcoming months, both GDS and CDDO are moving forward with the next phase of digital delivery and transformation,” Davison and Read said. “This is essential to the modernisation and reform of government and you’ll be hearing more from both of us on what that looks like in practice.”