The West Midlands Combined Authority (WMCA) has agreed on a contract with Chordant Europe to develop a software platform for the exchange of data to boost the development of connected and autonomous vehicles (CAVs). 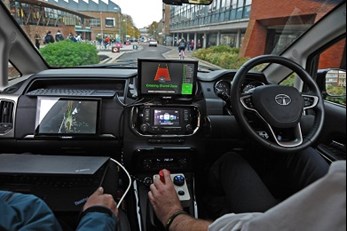 They have struck a £1.45 million deal as part of the ConVEx (Connected Vehicle Data Exchange) project, aimed at creating an open access marketplace for the data.

In turn, this is aimed at promoting the development of CAVs – often described as self-driving vehicles – in the UK by giving SMEs and small organisations access to data and encouraging investment.

It is also intended to support strategic and regulatory decision-making by local, regional and national bodies.

The contract notice says the facility will aggregate and provide a single ‘shop window’ for data from a range of sources.

WMCA has emerged as one of the leading players in the UK in the development of CAVs, largely through the role of its transport authority, Transport for West Midlands, in a consortium under the Midlands Future Mobility Programme.

The ConVEx project was awarded £8.4 million by Innovate UK in November 2018, with some of the money earmarked to build a digital platform for the exchange of data between technology developers and fleet operators.

Chordant Europe is a specialist in data sharing solutions which operates the OneTRANSPORT Data Marketplace for smart city and mobility markets. This makes it possible for users to publish, distribute and consume real time data on the operations of cities and regions that has previously been difficult to access.