What are the odds on people using the Covid-19 contact tracing app?

Opinion: Uncertainty over the real level of risk is likely to be the biggest barrier to overcome

As soon as the Government announced plans for the Covid-19 contact tracing app voices were raised around the implications of the plan for data protection and privacy. 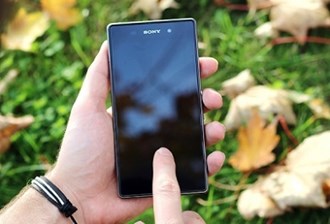 They are understandable concerns, and tend to arise around almost every major public sector digital initiative. But I suspect this may not be the prime factor in whether people are keen to download and activate the app.

This is a big question, given that use of the app is voluntary and the Government has indicated it needs a big chunk of the population to use it. A team at the University of Oxford has estimated that this would have to be around 80% of smartphone users.

Many are going to have concerns about security and privacy, but most are likely to have taken in the messages and accepted the trade-off against the app’s potential for weakening the pandemic. The chances of this are increased by the Government’s continued assurances to security and, for those who want a detailed explanation, the support of the National Cyber Security Centre for the initiative.

A stronger factor could well be that many people don’t want to be informed that they have been in contact with someone showing symptoms of Covid-19, especially when it comes with advice to self-isolate. They would be ready to hide away at home if they knew there was a strong chance they had been infected, but less so if it came down to a small or unspecified risk.

This is particularly the case if there is the possibility of repeated alerts and repeated bouts of self-isolation – a prospect that Scotland’s first minister Nicola Sturgeon has said could arise. It entails a level of disruption to their lives that will undermine willingness to take part in the plan.

It’s an issue that has not been publicly addressed by the Department for Health and Social Care, but the NCSC blog on the app has outlined how the ‘significant contact’ to trigger an alert will be evaluated. It takes into account the strength of the Bluetooth signal between phones, duration of contact and the number of contacts of other people with symptoms, all of which will go through some complex algorithms for the evaluation.

As it stands most people will be unaware of these, and while awareness can increase over time only a tiny number will have any understanding of how they work. They will have to feel confident that the algorithms are reliable, not just in warning when there is a significant risk of infection, but in not doing so when it is minimal.

In short, people don’t want their lives continually disrupted by an algorithm – especially when the lockdown begins to ease.

In some ways, this is going to be biggest test of a digital and data system there has been in UK public services. It is going to depend heavily on human instincts and reactions that are hard to predict, but could prove to be awkward. How awkward will have a big influence on whether the app proves successful.