The University of Edinburgh has awarded Atos with a contract to provide its BullSequana XH2000 supercomputer as part of the UK’s DiRAC high performance computing facility. 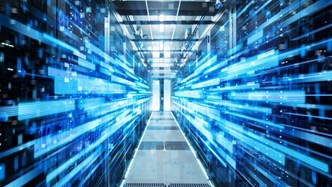 The company said the supercomputer will constitute the extreme scaling service of the facility and is the largest system dedicated to GPU (graphics processing unit) computing deployed at a customer site in the UK.

The BullSequanaX XH2000 will be able to handle converged workloads – including HPC simulation, artificial intelligence and deep learning – on a single system to explore new applications. Atos said it is up to four time more powerful than the existing DiRAC machines.

Project lead Luigi Del Debbio, professor of theoretical physics at the University of Edinburgh, said: “We are delighted that the delivery of this state-of-the-art supercomputing system will allow our scientific community in the fields of particle physics, astronomy, cosmology and nuclear physics to pursue cutting edge research on a broad range of topics.”