UKRI to use data science in digital net zero programme

UK Research and Innovation (UKRI) has engaged a team of data scientists from the Centre for Environmental Data Analysis (CEDA) to analyse its digital estate in support of reaching net zero targets. 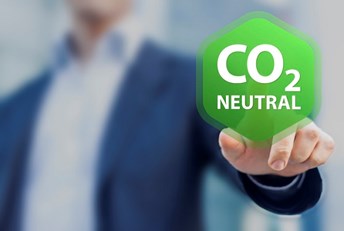 It is conducting a £1.9 million scoping project, funded by the Natural Environment Research Council, to develop a roadmap to a carbon neutral digital research infrastructure by 2040 or earlier. It will cover the nine organisations that make up UKRI.

CEDA is leading an initial 18-month study on UKRI’s digital carbon landscape, will run a set of demonstrators and develop the roadmap. It will also develop adaptation strategies for the way data is conserved, analysed and managed.

Other elements of the programme include analysing case studies of exemplar national and international infrastructures, reviewing the funding framework and funding a series of proof-of-concept studies of carbon and energy efficient measures.

UKRI is looking to determine the best ways to reduce carbon generation from its data generation, analysis, storage and dissemination. The project will cover everything from national supercomputing centres to the thousands of smartphones owned by staff.

Dr Martin Jukes, head of atmospheric science and research and deputy head of CEDA, said: “We will set a benchmark for a realistic, rigorously evidenced, ambitiously scheduled roadmap for the full decarbonisation of all elements of significant national infrastructure.

“The project will look at both the energy consumed by the computers in use and the impact of the supply chain.”

CEDA is a joint activity between the Science and Technology Facilities Council (STFC) and the Natural Environment Research Council (NERC).