Taxpayers should fund a new online information hub at elections to reverse growing “disillusionment with our democracy”, according to a new report. 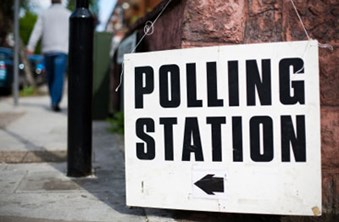 Academics at the Constitution Unit of University College London (UCL) say a new approach to providing material to voters is badly needed following the damage caused by misinformation and fake news in recent elections and referendums.

In the report, Doing Democracy Better, they advocate the setting up of an independent public body to operate the hub, gathering information from diverse sources which would be vetted for “quality and impartiality”.

The report comes after last month’s warning, by the Commons Digital, Culture, Media and Sport Committee, that “democracy is at risk” from rogue practices on social media during elections. In its report last year on disinformation and fake news it urged the prime minister to launch an independent investigation into “foreign influence and voter manipulation” in the Brexit referendum, while also raising the alarm over other recent public votes.

Downing Street has fought off calls for an inquiry on the scale of the US probe into alleged collusion with Russia by Donald Trump's presidential campaign.

However, the new UCL report rejects the idea of the online hub trying to ban “misleading information”, an approach adopted in Australia and New Zealand.

Alan Renwick, the unit’s deputy director and report’s co-author, said: “Disillusionment with the state of our democracy runs deep. We need to strengthen our existing democratic practice, not just sustain it.

“Our proposed information hub would empower voters by helping them find information they trust on the questions they want answers to. Over time that could transform how our democracy works.”

Michela Palese of the Electoral Reform Society, the other co-author, said: “A ban on misleading information is the only strategy that we don't propose taking forward.

“We didn't think this would work in a UK context, where politics and media are particularly adversarial, and the positive gains from banning misleading information are limited.

“Ensuring voters have access to high quality information and can take part in quality discussions are much more likely to improve the quality of debate.”