The ambition for Smart Cambridge

It might have come from a City Deal, but Dan Clarke insists the long term ambitions for Smart Cambridge are as much about the surrounding rural communities.

“The problem with this area is that the language is always about smart cities, which we use because people understand what it is and there is a big community around it, but we look at a much wider area,” says the digital programme manager. “Going forward there are really exciting opportunities for rural communities.” 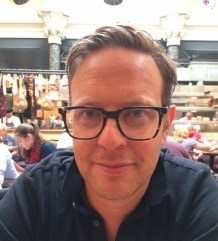 He points to the aims of the sister programme Connecting Cambridgeshire in providing fibre connectivity beyond the city and larger towns in the area, and the potential for services such as autonomous minibuses to fill gaps in the existing provision.

“We look across the county and absolutely need to expand this into rural areas,” he says. “It’s choosing what you want to do and deploying the right infrastructure.

“Looking at rural service delivery there are use cases where we could deploy the technology.

“For example, we’re looking at issues of congestion, a lot of which comes from outside Cambridge. If we’re giving people messages about the transport network it has to be at the earliest possible point, even at home.”

This underlines the fact that Clarke is an employee of Cambridgeshire County Council, and that it was involved, along with Cambridge City Council, the University of Cambridge and South Cambridgeshire District Council, in winning the five-year City Deal funding in 2014. The team behind Smart Cambridge later won a share of the funds – initially £330,000 then another £1.6 million – to explore the potential of the internet of things (IoT) and areas such as smart transport.

Clarke says the location is a big advantage, with major tech companies such as ARM, BT and Redgate having a strong presence, and a thriving start-up culture, much of it emerging from the tech expertise in the university. The programme team also works with Anglia Ruskin University.

“When we started the programme we had all this knowledge and work going on in Cambridge that we should be able to leverage for the city,” he says. “A lot of the companies in the smart city place were working with other cities, here and overseas, and they should be doing it on their doorstep.”

One of the main workstreams for Smart Cambridge is the development of the Intelligent City Network, a real time data platform that is plugged in to some bus networks and car parks, and has been used for pilot project on air quality sensing. One of the early projects is the development of a multi-model travel application, a beta version of which should become available later this year.

Clarke says this is just a beginning. He hopes that a lot more bus data will become available after the Bus Services Bill – which requires private bus firms to open up data on routes, timetables and delays – becomes legislation. Also, the team is beginning to look at Highways England data and working with the consultancy Integrated Transport Planning to identify sources of data.

It is also looking at sources of energy data and, although it has done little so far, has plans to investigate the potential in health and social care.

“The view on the platform is that we are putting in more data and will open it up for people to use the data,” he says. “It’s a way for people to experiment and develop tools to help residents.”

To this end it has run a couple of hackathons and made static data available on the Cambridgeshire Insight platform; and there are plans to unveil an open API later in the year for developers to use the data.

“Because we don’t have the open API at the moment it is harder for people to use the data, but we’re sure we’ll see it used more and more. We’ve had a couple of companies asking to have transport data for applications they are building and are confident that over this year we’ll see more applications developed.”

Underpinning the platform is the LoRa wireless network, deployed and operated by the university, which covers Cambridge and much of its hinterland. Clarke says its low power, wide area nature makes it suitable for sending small packets of data from inexpensive sensors and guarantees their batteries a long life.

Some developers are using it in product development through the IoTUK Boost programme, and Clarke hopes the number will increase now that an early problem has been identified: it was difficult to register devices on the network, but the university has built a portal to make this easier.

“It takes time to let people know the network is there and how they can use it,” he says.

Alternatives are also on the horizon, with one company approaching the programme about deploying a SigFox network, and the team beginning to talk to mobile operators about the potential of 5G.

It has also been talking with Balfour Beatty, which uses a narrowband network in managing the lighting infrastructure around the city, about the potential to fix sensors to monitor a range of functions, such as air quality, bin levels and drains in the road network. Clarke hopes this could lay the ground for a more intelligent management of different assets.

This all opens up plenty of possibilities for IoT technology, for which Smart Cambridge has four key areas to explore: mobility, transport, service transformation and health and social care. While the latter two may seem the most pressing for local government, Clarke says, while there have been pilots on the use of smart bins and smart routing, it is all very much in the trial phase.

“We have to be careful that the business case stacks up for anything we deploy. It’s about being careful about testing technology, seeing that it delivers the benefits we need and then deploying.”

He also talks about connected autonomous vehicles (CAVs), for which there has been a feasibility study on how they might be used on a guided busway in Cambridge. There are hopes to expand this into a pilot, reflecting a strong interest in mobility as a service – providing more scope for door-to-door travel – and one of the long term aims is to create a market for providers.

“We’re looking at urban logistics. We have a lot more vans coming in and out of the city, so how can we use new and emerging technologies to address the issues. And we’re looking at how technology can support some of the new communities, such as low car communities.”

Not all of this is expected to lead to widescale deployments, and in dealing with such new technology it does not fit easily into the approach of designing services with desired outcomes in mind.

“Some of it is pure experimentation because it’s new and hasn’t been deployed anywhere before,” Clarke says. “You’re looking at the possibilities and building a business case from scratch.”

But he says there are areas in which it always possible to learn from the experience of others.

“For some there’s been a limited deployment elsewhere and you’re testing against other deployments to ensure the business case stacks up; and there is quite a bit of technology that is tried and tested, so why wouldn’t you deploy it?”

There is also the big question around how local authorities under severe financial pressure can find the money, not just to run trials but make any deployments work in the long term. Clarke says there is often scope in using existing assets, but also that it needs careful thought about the long term costs and benefits.

“There are a lot of wins to be had in making better use of the data and infrastructure you have,” he says. “One of the things in some of the pilots with outside funding is that a lot of new infrastructure is deployed; a city has to maintain it and it needs careful thought about what you do.

“It’s great that there is government funding to support experimentation, but local authorities need to think carefully about what they want to get out of it and whether it will be affordable in the long term.”

It conveys a picture similar to that for other groups working on smart places, in which they are finding their way, not sure of how things will work in five to 10 years, but ready to push on with the aim of providing long term solutions. Which leads to Clarke’s final message, that Smart Cambridge is eager to work with others in doing so.

“We’re really open to collaboration with whoever wants to come and work with us.”