The capital's transport authority is ready to let developers at its data on trams, crowding at Underground stations and road closures on Marathon day

Transport for London (TfL) has announced plans for a group of new open data feeds, providing a source for developers to work on additional travel information apps for the city. 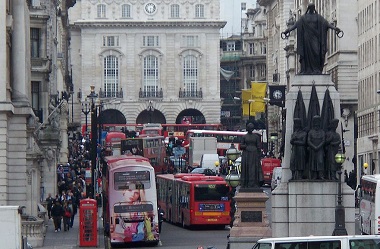 It has also reported that more than 2,000 developers have signed up to use its open data feeds over the past six months, bringing the total to 8,2000, and that nearly 500 smartphone apps have been developed from the sources.

The capital's transport authority has been one of the leaders of the open data movement in the UK, making the data available through its developers website and running events such as 'hack days' for developers. A core element of its information strategy is to make the application program interfaces available for the development of new sources of travel information in the capital.

One of the new initiatives will be to provide feeds for live data from the London Trams network in the south of the city. This is aimed at enabling similar services to those available for its buses, through which people can obtain real time information on the expected arrival times.

It is also working to test the release of historical crowding data about key London Underground stations to see if this can help stimulate new information products, including the predicted future status of the system at certain times.

Phil Young, head of online at TfL, said: “Across London, millions of people every day use apps powered by our open data to check the Tube, find a bus or see how the roads are running.

“This same data powers our website, allowing customers to choose between using tfl.gov.uk or simply downloading any apps which are directly powered by us. We are committed to making our information freely available to help stimulate new products and services so that people have better information in the form that best suit them.”

TfL has also reported on a project in which almost 50 developers attended a hack day, supported by Amazon Web Services, to see how traffic data from the SCOOT signal system could be interrogated to provide data feeds.

It would pick up data from road sensors across the city, currently sent to the Urban Traffic Control system to adjust traffic signals. The authority wants to see if it could be used for other purposes such as identifying incidents and traffic hot spots.

Alan Bristow, director of road space management and chair of the Surface Transport Data and Technology Steering Group at TfL, said: “We’re keen to see how this data could be used more widely to help predict issues on the network to help identify hot spots more quickly, and this hack day was the latest step towards developing new and exciting applications to help keep London moving.”

In January TfL opened up data from car parks and 'jamcam' traffic cameras for app developers.

Image by By Iridescenti, CC-BY-SA-3.0 via Wikimedia Commons