Eyewitnesses can identify perpetrators more accurately when they are able to manipulate 3D images of suspects, according to a new study form the University of Birmingham. 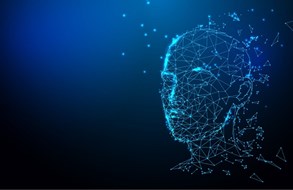 A team of researchers in the School of Psychology has developed and tested new interactive software that enables witnesses to rotate and view line-up faces from different angles.

When the eyewitnesses were able to rotate the image to match the alignment of the face in their memory, they were more likely to accurately pick out the criminal from the line-up, the university said.

They recruited more than 3,000 volunteer ‘witnesses’ to test their discrimination accuracy. The volunteers watched a video of a staged crime being committed and were then shown images of the perpetrator, alongside filler images of similar faces.

It was also found that witnesses naturally (without instruction) moved the images into the best position for identification.

Professor Heather Flowe, co-lead researcher, said: “We worked closely with law enforcement to develop the interactive line-up procedure to be cost effective and work with current police identification systems. The procedure is a significant advance in improving the accuracy of eyewitness identifications.”

She added that at the moment there are discussions with a number of US police forces on the use of the software.

Co-author Dr Melissa Colloff said: “There are good reasons to predict that accuracy will be higher if witnesses are able to manipulate images and align them to be similar to the angle of the face in their memory.

“We know that retrieving memories accurately relies on the context in which they are retrieved being similar to when the memory was formed. The experiments we carried out show this theory in practice. Our participants actively sought out a familiar angle for the lineup image, to help them retrieve information from memory.”

Line-ups are used around the globe to help police identify criminals. Typically these involve witnesses examining an image of the suspect alongside ‘fillers’ – individuals who look similar, but who weren’t involved in the crime.

The ability of the eyewitness to accurately identify guilty from innocent suspects is known as discrimination accuracy. According to the US based Innocence Project, misidentification is the single greatest cause of wrongful conviction in the US.

The Birmingham team is now recruiting participants for the next phase of eyewitness memory research. If you are interested in taking part, please sign up here.