The Government needs to create a competitive market for providing digital identities for public services, according to IT industry association techUK. 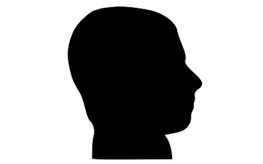 It has published a white paper on the broad issue, Digital identities: the missing link in a UK digital economy, that also urges the Government to show more urgency in supporting the development of a market in the sector.

It looks back to a paper on digital identities it published in February of last year, highlighting its nine recommendations and pointing out the Government has taken only partial action on four and none at all on the other five.

While it acknowledges the delays caused by Brexit and the need to respond to Covid-19, it describes this as “highly discouraging”, and says a more mature market is needed for economic recovery and the smooth functioning of digital government.

It makes three recommendations for government as a consumer of digital identities, one being to ensure the market for their provision for use in the public sector is opened up to real competition.

Second is the need for urgency in completing the Trust Framework and pilot scheme for private sector companies to provide digital identities to the public sector. Third is to ensure the Trust Framework is interoperable with the EU by making it the UK’s new notified scheme.

It also highlights the importance of government as an enabler of the market, calling for the digital identity to be at the heart of the upcoming National Digital Strategy and Data Strategy, and to ensure all relevant legislation is revised to make digital/electronic identification acceptable.

It calls for a speeding up of work to allow private sector providers access to scalable interfaces into government databases, such as those held by HM Passport Office and the Driver and Vehicle Licensing Agency, and the creation of an oversight body with public and private sector experts. This would work on connecting relevant initiatives, ensuring security and reliability standards are met, and fostering public trust.

The paper makes no mention of the GOV.UK Verify programme, which was the cornerstone of the Government’s approach to digital identities through most of the past decade. It has not been widely taken up and, despite a fresh injection of short term financial support earlier this year to support universal credit applications through the pandemic lockdown, will reportedly receive no further funding from HM Treasury.

techUK’s emphasis on the importance of a market contrasts with the importance its earlier report attached to more transparency around the plans for Verify.

Instead it urges the Government to collaborate with the private sector in developing a market.

Julian David, chief executive officer of techUK, said: “Proving our identity is fundamental to so much of what we do in all our lives, from buying goods and services to paying our taxes. Having safe and secure forms of digital identity is an essential requirement for a world class digital economy.

“However, we won’t achieve this by accident and we need a clear strategy that brings together both the public and private sector now to get this done in 2020.”