Around 150,000 records have reportedly been deleted by mistake from the Police National Computer. 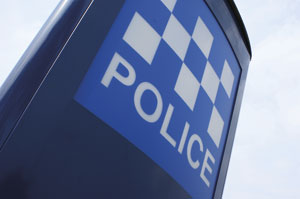 According to a report by the BBC, the loss resulted from a coding error that results in records that had been flagged for deletion being wiped out before checks had been carried out to determine whether or not they could be lawfully held.

The lost entries include data such as fingerprints and DNA related to people who had been arrested then released without further action, and the Home Office reportedly said they did not include records of any criminals or dangerous persons.

The Labour Party has blamed Home Secretary Priti Patel for the incident. Its shadow spokesperson Nick Thomas-Symonds said: “It’s not good enough for the Home Secretary to hide behind her junior Minister on this when there has been such a major security breach on her watch.

“It’s now vital that she makes an urgent statement outlining the true scale of the issue, when ministers were informed and what the plan is to provide public reassurance. Yet again Conservative incompetence is putting people’s safety at risk.”

On 16 January the Home Office issued a statement saying it has to develop and test new code with the ultimate aim of restoring the lost data. It added that a fast time review had identified the problem that caused the loss and corrected it so it could not happen again.

Policing Minister Kit Malthouse said: "We continue to work closely with the police to rectify this issue and I want to thank both Home Office staff and policing partners for their ongoing efforts.

"While we do so, the Police National Computer is functioning and the police are taking steps to mitigate any impact."