Citizens in a number of countries are beginning to see advantages in living in smart cities, according to results from a survey by the research institute of consultancy Capgemini. 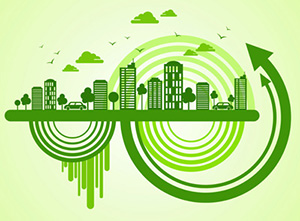 It has highlighted the findings, from more than 10,000 people in 58 cities in 10 countries including the UK, as a highlight of its new Street Smart report on smart city initiatives.

This defines a smart city as one that uses ICT and other means to improve people’s quality of life and the efficiency of operations and services, along with a focus on sustainability.

Its findings include that 58% of people perceived smart cities as sustainable and 57% regarded them as providing better quality services. Against this, 36% said they would pay more to access relevant initatives.

People using smart city initiatives were happier with the quality of their lives on a number of measures. For health issues the figure was 73% against 56% for those who had used relevant initiatives; for the environment it was 72% against 51%; for emotional wellbeing 74% against 53%; and for security 77% against 52%.

Despite this, the report finds that progress in the sector has been slow. Another survey of 310 city officials found that only 9% could report their authorities were in advanced stages of smart city implementations, and only 22% had implemented a handful of initiatives.

It recommends that smart city programmes should focus on key use cases that span a number of services and be assessed against whether citizens are likely to use and be willing to pay for the solutions.

Accelerating this requires close collaboration between key stakeholders, extending from city officials to academia, start-ups and venture capital funds, and requires a focus on trust, innovation and data.

The report suggests three key development areas: creating a compelling smart city vision with sustainability and resilience as its cornerstones; empowering city officials to act as entrepreneurs while ensuring robust data protection; and building a culture of innovation and collaboration.

Capgemini’s global offer leader for AI in the public sector, Pierre-Adrien Hanania, commented: “Smart city perception and status have become an important differentiator for citizens. It has become crucial for city planners and officials to realize that the citizens are the smartest asset a city has and to put them at the center of smart city initiatives.

“City officials must work to ensure that technology led interventions give people the experience and quality of life that they want and need. By doing so, cities will avoid their inhabitants leaving for another city and will enhance their digitization pathway, benefiting of the willingness of citizen to invest in their home.”