Suffolk County Council has been piloting a digital version of a methodology used by its educational psychologists in supporting young people. 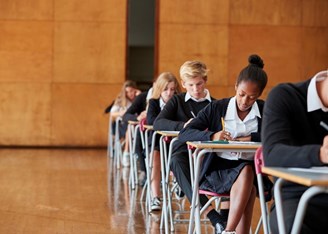 It has developed the digital Analysis of Additional Needs Tool (AANT) with Ipswich based software developer Ijyi and is looking to make it available to other local authorities.

Council business analyst Stuart Savage said the paper based version of AANT has been used over the past five years, with the educational psychologists taking referrals from schools – with the consent of parents or guardians – for children with problems. It takes them through a comprehensive psychological consultation and produces a report summary and action plan, with relevant tools and techniques, for the educators in supporting the children.

“It’s basically a series of questions and other types of prompt to gather all the relevant information about the young person, and is backed up with academic evidence and the experience of our people,” he said.

He pointed to dealing with sleep deprivation as one of the areas to which it is often applied.

“Rather than waiting for an incident to happen we’re trying to be proactive in trying to get into that early intervention,” he added. “The benefit of AANT is that it’s a quick and efficient process.”

Savage said there has been plenty of anecdotal evidence of the approach bringing positive results.

The digital version has been developed with the prompting of the educational psychologists to further streamline the process, the momentum for which has increased with the use of video conferencing during the pandemic lockdown.

The elements of AANT have been incorporated into the software with an algorithmic element to support the process, and Suffolk is now running the pilot with another local authority – currently unnamed – whose educational psychologists have received the relevant training.

The early feedback has been positive, the pilot is due to conclude soon and the service could be offered by the summer, Savage said.

“If we carry on as we are and the pilot is a success it will be offered to other local authorities as a traded service,” he said. “They will be able buy a licence to use AANT for one year, including training for their educational psychologists and support officers in using the platform, and at that point they will be able to offer it to support young people.

He said Suffolk is not looking to make a profit but does want to recover the development costs.