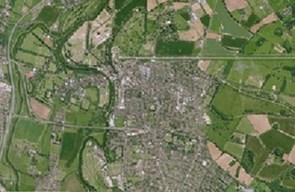 The move is part of an update of the datasets covering Britain and Northern Ireland under the Space for Smarter Government (SSGP) programme.

“From this we hope to see the public sector and wider supply chain working together to explore how high resolution satellite imagery can address key current challenges like remote asset management and environmental impacts such as the use of natural resources and changes in land use,” he said.

King added: “Since we first made this kind of data available to the public sector just over a year ago, we have seen 188 expressions of interest across 98 public sector bodies, and nearly 40 collaborations between government, industry and academia. We have already seen this data used for flood mapping, infrastructure monitoring, machine learning and habitat classification to name a few.”

The data was first made available in March of last year to help the public sector in areas such as planning, development and environmental monitoring, and to boost the growth of the UK’s space industry.

The Space Agency said that industry and academia can also access the data if able so show a public sector sponsor and use case.

The SSGP was set up in 2014 and is run with the Satellite Applications Catapult to support government in the use of space products, data and services.