Southwark Council is developing a digital tool to monitor the situation on affordable housing in the borough. 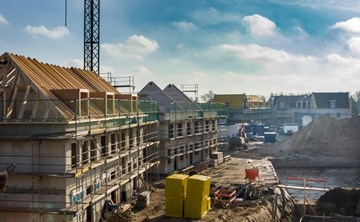 It said it is the first local authority in the country to carry out such a project, on which it has been working with digital consultancy dxw.

The tool will collect all the affordable housing data for each planning application, with the relevant planning officer entering data into the systems and the developer asked to confirm the details, including the address of each affordable home on completion of the building. It will come from a number of sources including data on planning approvals and completions, housing information from registered providers in Southwark and the council’s housing team.

It will also include an updated standard Section 106 agreement – to confirm the building of affordable homes as part of an approved development plan – which allows for a site visit to take place if requested before any homes are occupied.

A spokesperson told UKAuthority that data from the first annual survey of 16,000 properties is being loaded into the tool, which should be available in a back office version as soon as this has been completed. It will enable council officers to see which units have been completed and that they retain the same tenure was permitted in the approval of the development.

A public facing version will become available later. It will contain less information, such as property addresses, to comply with data protection regulations, but will enable users to see how many and what type of affordable homes have been granted planning permission, whether developers have complied with Section 106 agreements, and what has happened to the homes after they have been completed.

The spokesperson said the council is considering a function to alert members of the public of when a type of affordable property becomes available, but that this has not yet been fully explored.

“The tool doesn’t need to be integrated with other data or technology systems, and avoids compatibility issues and legacy technology problems,” the council said. “This means it can be easily adopted by other local authorities.”

Southwark's web page on the project does not provide a precise definition of affordable housing, but says it "refers to homes that people can rent/buy for lower than usual market rates".

It has committed to building 11,000 new social rented homes by 2043, and said it is vital that it can monitor the provision of these new homes, as well as keeping up to date details on existing affordable homes.