Local authority websites are still showing significant shortcomings in regard to accessibility, according to public sector IT association Socitm. 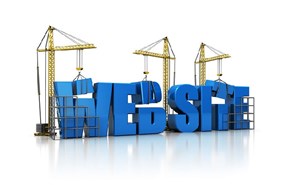 The largest problem was in using the same link text for different destinations, with 95% of council websites affected. For example, a website may contain two news sections at different URLs but both labelled ‘news’. The report says this creates a 50% chance of the user navigating to the wrong page.

Next worse is the failure to identify form fields, with 87% of the sites tested having at least one instance of failure to correctly label the files with the type of data being collected. This makes it more difficult for people trying to use ‘autocomplete’ functions, important features for those with disabilities.

There are also significant problems around text with insufficient contrast (affecting 74% of sites), not marking navigation lists (74%) and missing ‘skip to content’ navigation (58%).  The latter is a major problem for users of assistive technologies, such as screen readers, who are using tabbed browsing to access websites.

The report says these problems do not mean that councils are doing poorly in regards to web accessibility, and that almost 70% of them scored over 70% in Silktide’s index tests in July. It highlights three councils – Blaby, Ealing and Rother – as having made big improvements between May and July.

Chantelle Denny, finance and operations director at Socitm, said: “All local authorities should be aware of the Government deadline for changes. Working with Silktide, we are able to show where improvement is needed to bring sites up to the new standard.

“As Socitm members, councils have access to a number of resources and benefits to help them make sure their site is fit for purpose”.

The organisation has created an online resource hub providing guidance on meeting the new standards.

Image from MedithIT, CC BY 2.0