The Government should pass an accountability for algorithms act, former Conservative minister David Davis has argued. 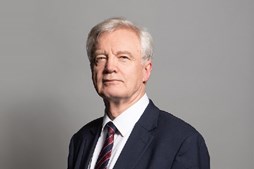 In an article for the Times, Davis said the summer’s turmoil over school exam results showed the need for strong regulation of algorithms and artificial intelligence (AI).

“We need an overarching, principles driven approach to put people at the heart of developing and taking responsibility for AI, ensuring it is designed and used in the public interest,” he wrote.

He added that he is a leading a cross-party group of MPs who are calling for such an act, with concerns that the Centre for Data Ethics and Innovation will not be able to act impartially as it is an office of the Department for Digital, Culture, Media and Sport (DCMS) rather than an independent statutory body.

In a briefing on what an such an act could include, the Institute for the Future of Work thinktank recommended new corporate duties that would require organisations to evaluate systems in advance and make adjustments to avoid illegal discrimination and promote equality and fair outcomes. It would also increase transparency and establish a new forum to co-ordinate the work of existing regulators the Equality and Human Rights Commission and the Information Commissioner’s Office.

Davis is a long-standing campaigner for civil liberties, having resigned as an MP over the issue in 2008. Although he won the subsequent by-election, then Conservative leader David Cameron did not restore him to his post as shadow home secretary. Davis later served in Cabinet as secretary of state for exiting the European Union from 2016 to 2018.

The issue of AI and algorithmic fairness is attracting attention from across the political spectrum. Labour MP Sir Mark Hendrick recently tabled a written question on whether the government planned to launch a register of local use of artificial intelligence.

Replying on 28 October, Minister for Media and Data John Whittingdale said that local government does not yet make widespread use of AI and algorithms. “In the few cases where the technology is used, it is used to aid decision making and not make decisions,” he added.