Scotland to get biometrics commissioner

The Scottish Parliament has passed the legislation to create the role of a biometrics commissioner for the country. 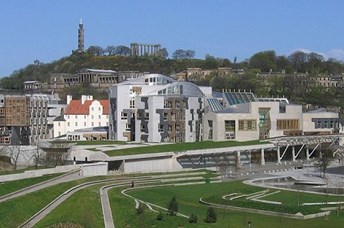 The job will involve responsibilities covering controversial areas, notably police use of facial recognition, and ensuring this is carried out within a legal, proportionate and ethical framework.

Parliament’s vote in favour of the move comes three months after the Scottish Parliament’s Justice Committee called for the postholder to have oversight of the use of biometrics and be given teeth in the protection of personal data.

Details of the legislation reflect the recommendations of the Independent Advisory’s Groups report on the use of biometrics from 2018, and one of the committee’s recommendations in giving the commissioner the role of preparing a code of practice and guidance for police bodies.

It also provides for a complaints procedure for the public.

The role and remit of the commissioner will be reviewed every five years to ensure the legislation and processes stay up-to-date with technological advances.

Justice Secretary Humza Yousaf, who brought the legislation to Parliament, said: “The role of biometrics is increasingly important in how crime is investigated, detected and prosecuted in Scotland. This legislation will ensure quality and consistency in how biometric data is collected, used, retained and destroyed by policing bodies.

“It is important that we equip Scotland’s police officers with the necessary technology to ensure they can continue to keep people safe. At the same time, it is important that the public has absolute confidence in those technological advances and how their data will be collected or retained.”

A corresponding role is in place for England and Wales, held by Paul Wiles. He is independent f government works closely with the Home Office.