NHS Digital has announced that Sarah Wilkinson has resigned as CEO of the organisation and will leave during the summer.

She has been in the role for four years, going through a period of change in the role of the organisation. Initially it was the lead body for digital policy for England’s NHS, but with NHSX taking the responsibility from 2019 it became more focused on the delivery of technology services. 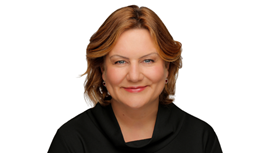 Wilkinson (pictured) said she believes that, as the work NHS Digital has done through the Covid-19 pandemic starts to stabilise, it is time for a person to take charge.

“That new CEO will be able to build upon strong foundations in an organisation that knows what it can do, and I will work closely with them to ensure a smooth transition to new leadership for our programmes, products, and people,” she said.

She added: “I believe there is a unique opportunity ahead for the digitisation of the system. As we emerge from the pandemic, the NHS has an appetite and a need for digitisation that is radically greater than it was in the period beforehand.

“As an organisation, NHS Digital is now confident and growing in its abilities, from designing and building new digital products and platforms, to managing clinical data at scale, to operating technology systems and services and defending against cyber attacks.”

The board of the organisation is currently seeking an interim CEO for the coming months and will run an open competition to recruit on a permanent basis later in the year.