Digital services at the Department for International Trade (DIT) are not yet providing the export support that some businesses need, according to the National Audit Office (NAO). 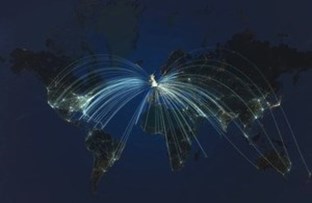 The finding is one of the less encouraging elements in a report that says the department has generally made a good start in in developing a strategy and operating arrangements to support UK businesses in trading overseas, but that it does face significant challenges in boosting exports over the long term.

It says DIT plans to direct smaller businesses to its website – while providing bespoke support for larger ones – but that a survey it ran between July 2018 and June 2019 suggested some of these services are not meeting business needs. While 62% of clients reported that its webinars have been good for them, only 38% said this for its Export Opportunities service and 35% for its Business Profile.

In addition, not all applications for support are eligible to go through a digital process, with many going to a manual process that takes an average of 49 days. In 2019-20, 389 applications were made of which only 62% were eligible for immediate cover using the online process; although DIT has now changed the criteria to process more applications digitally.

Since June 2019 the department has delivered new digital services, along with guidance and a service for developing an export plan, and an evaluation strategy to understand the cost of its digital services.

It also plans to direct smaller businesses to its digital platform great.gov.uk, aimed at promoting the UK brand overseas, and to develop a pilot service for creating an export plan by April 2021.

Other findings in the report include that DIT is making early progress in addressing a gap in the data it holds on UK exporters, and expects the forthcoming Trade Bill to support data sharing between DIT and HM Revenue and Customs, which will help DIT to identify UK exporters.

The department has good information on some well established sectors of the UK economy, such as aerospace, but could improve its data on emerging sectors such as renewable energy.

It also says there is scope for DIT work more closely overseas with UK Export Finance. UKEF relies on DIT staff to help identify potential customers, but those who are not finance experts may lack the skills to promote export finance.

The two organisations are developing a new export strategy for the post-Brexit landscape.

Gareth Davies, the head of the NAO, said: “DIT has made a good start in developing a strategy and the arrangements it needs to support export growth, and UKEF has expanded its offer of export finance to support UK businesses. Continued progress is needed for both DIT and UKEF to strengthen their approach and address the significant challenges that UK trade exports will face.

“To increase exports and boost UK productivity and growth, DIT and UKEF must work closely together and across government to ensure efforts and resources are focused in the regions and sectors where there are the greatest opportunities to support UK businesses.”