Queen’s University Belfast has said it was hit by a cyber attack leading to a temporary suspension of IT systems late last month. 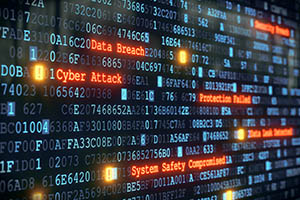 It has issued a statement saying it suspended access to systems following an attempted attack on 24 February, but that they are now open again.

“The university has in place robust security measures which mitigated the immediate operational impact and there is currently no evidence of any exfiltration of data,” it said.

“The university applied a range of precautionary measures, including the suspension of access, and these were lifted where possible after relevant investigations were complete.”

It added that has liaised with relevant authorities and that investigations into the attack are now ongoing.

The National Cyber Security Council (NCSC) issued a statement saying it was working with the university to fully understand the impact of the incident, but that the immediate operational impact has been mitigated.

"Universities hold valuable data which can make them a lucrative target, and the NCSC works closely with the sector to help them to improve their cyber resilience,” it said.

"The NCSC's Cyber Threat to Universities Report (published in 2019) outlines the online risks academic institutions face and the steps that can be taken to counter them - as well as a forward look on new issues that could arise."