The Post Office has announced plans for an expansion of its digital identity services including the launch of a mobile app in the spring. 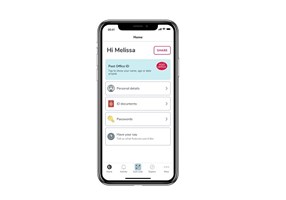 It said the Post Office App, under development through its partnership with identity technology provider Yoti, could be used for a range of transactions beyond its own activities.

The move indicates that the organisation has an ambition to be a major player in the identity services market. It is one of two remaining identity providers within the GOV.UK Verify programme and provides a number of identity transactions such as passport and driving licence renewals and Disclosure and Barring Service checks.

The app will combine customers’ personal data and biometrics – details of which are yet to be made public – to create a reusable identity on their smartphone, and they will be able to choose what information they share.

In addition to dealing with the Post Office, they will be able to use it for a range of online and in-person transactions such as applications for bank accounts, jobs and mortgages, to provide proof of age and in travel. A spokesperson said it could also be used for public services if the relevant organisation is interested.

It will be accompanied by in-branch services for people without smartphones or who prefer face-to-face contact.

The Post Office said that one in five people in the UK have no ‘root anchor document’, such as a passport driving licence, and that they will be able to visit one of its branches to complete an identity verification.

It also indicated that it is developing a suite of transactional and reusable identity verification services for businesses.

Post Office chief executive Nick Read said: “Post Office is embracing new technologies and this partnership will enhance our reputation as the trusted go-to destination for identity solutions. Whether it’s proving your identity on a smartphone or face-to-face with a postmaster, we will make transactions faster and simpler than ever before.”

“I am delighted that Post Office and Yoti are joining forces to expand our identity services. We have an ambitious strategy to deliver a unique offer to the market that integrates digital and physical identity verification at scale benefitting both individuals and businesses.”

Robin Tombs, Yoti’s chief executive officer, said it has invested over £85 million in an identity platform to remove the friction from processes.

The announcement has coming a few days after the Department for Digital, Culture, Media and Sport published its framework document for digital identities and trust, which is now out for consultation until 11 March.