The Home Office has revealed details of work to develop new tools to improve the capabilities of the Child Abuse Image Database (CAID). 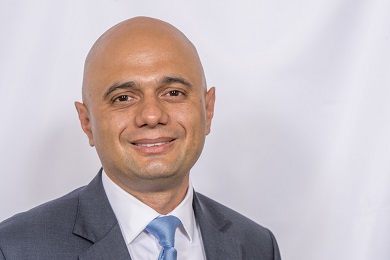 Home Secretary Sajid Javid (pictured) has announced the move as one of a series of measures aimed at cracking down on online child exploitation and grooming.

The work involves the development of three new tools using CAID, the database used by the National Crime Agency (NCA) and UK police forces to search for indecent images of children and increase the ability to identify victims.

They include a fast-forensic algorithm to rapidly analyse seized devices and categorise against CAID and a capability to automatically identify and categorise illegal imagery based on UK legislation of classification of A, B, C against the CAID trusted images.

The third is capability to detect images with matching scenes to help identify locations in common of indecent images of children.

Some police forces will begin to run trials with the tools later this year.

The Home Office has also supported the development of a prototype tool to automatically flag potential conversations between child groomers and children.

It emerged from a two-day hackathon in the US involving engineers from some of the world’s largest technology companies, including Facebook, Google, Snap and Twitter, co-hosted by the Home Office and Microsoft.

Javid said: “We all have a responsibility to tackle online child sexual exploitation and the new tool developed during the hackathon is a positive step forward.

“Once complete, it will be rolled out for free to other tech companies that want to deploy it.”

In addition, an innovation call has now opened for organisations to bid for shares of £250,000 to assist them in developing innovative solutions to disrupt live streaming of abuse.

Through the competition, led by the Joint Security and Resilience Centre in partnership with Innovate UK, groups are being urged to come up with technical solutions that could be applied by platforms of all sizes, including those with less resource to commit to research.