Police are still uploading huge numbers of photographs of suspects illegally, 18 months after the Home Office was first urged to act on the violations, according to the independent Biometrics Commissioner.

In his newly published second annual report, Alastair MacGregor strongly criticises a lack of action despite the High Court having ruled the practice – including the storing of photos of some people never charged – to be unlawful.

By last year, more than 12 million custody photos had been entered into the Police National Database (PND) without proper testing or oversight, an inquiry by Parliament's Science and Technology Committee found. At that point, the Home Office hinted that changes would follow, revealing “a policy review of the statutory basis for the retention of facial images”.

But MacGregor says in the new report: “The position ‘on the ground’ appears to remain much as it was when I submitted my 2014 report.”

He asserts that police are still uploading photos to the PND “regardless of whether the individuals in question have or have not been convicted of, or even charged with, an offence”, and that “all photos are still being searched against by forces using facial recognition software”.

In addition, those which the High Court ruled against have not been removed from the database.

MacGregor concludes: “I see no reason to believe that that situation will quickly change even after the results of the Home Office review are published.

“The considerable benefits that could be derived from the searching of custody images on the PND may be counterbalanced by a lack of public confidence in the way in which the process is operated, by challenges to its lawfulness and by fears of ‘function creep’.” 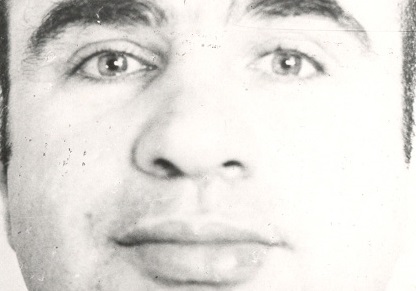 By an ironic contrast, the report warns that hundreds of DNA and fingerprint records that could have been held for national security reasons have been deleted. It claims that police in England and Wales are “risking public safety” by failing to apply for extensions to hold DNA profiles of suspects who have not been convicted, and that DNA profiles of 450 innocent people were automatically deleted before police could decide if they wanted to keep the information on national security grounds.

It blames “procedural errors and delays” and says police would have applied to hold about 10% of the records.

Meanwhile, some records that should have been removed were still being held – after a complex new system for storing DNA records was introduced in October 2013.

The issue will become more controversial when biometric information is more widely shared across government-run databases, he warns.

The regime for storing DNA and fingerprint records now has different rules for people who have been arrested but not charged, those charged but not convicted, convicted offenders and those detained for serious crimes.