The trust has prepared a gradual migration away from on-premise systems, writes Andrew Puddephatt, director public sector at Nutanix 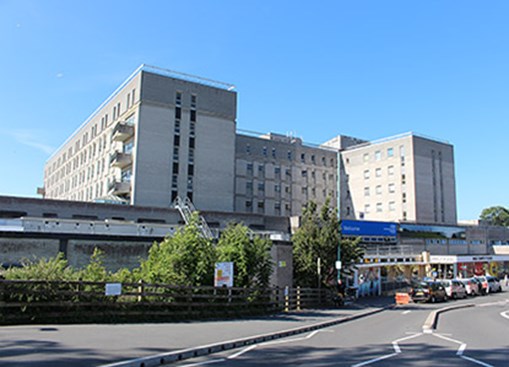 Digital systems have a massive role in collaboration and creating connected environment across the health and care sector; and the growing willingness of the public to engage digitally provides the scope to accelerate the process.

But many NHS and social care organisations are finding the scope for rapid change is hindered by limited resources and their reliance on legacy systems on complex platforms, often dependent on on-premise data centres.

Many acknowledge that there is an array of public cloud services that could support the change, but so far the take-up of these in the health and care sector has not been extensive, despite the Government’s advocation of a ‘cloud first’ approach.

Four factors have got in the way: many existing applications are not compatible with public cloud; the costs of getting them ready could outweigh the benefits; there are latency issues in some networks; and some workloads can still be run more cost-effectively through an on-premise data centre.

Overcoming these is important as we move into an era with a greater focus on digital innovation in managing public health, and some organisations are showing how it is possible to achieve the right balance as they update their digital infrastructures.

Rob Harder, chief technology officer of University Hospitals Plymouth (UHP) NHS Trust, outlined one of these in presentation to the UKAuthority Digital Health and Social Care Conference in June.

The trust – which provides services to 450,000 people over 50 sites and runs around 200 digital solutions – was approaching a refresh of its two data centres, one in the main hospital and one in a business park for disaster recovery. These had been bought on a five-year contract with options to extend, and had only been used to about two-thirds of their capacity.

As it reached the latter part of year four and started to think about year six onwards, it became very clear that the support costs were escalating significantly, a trend that would intensify after 2020. The infrastructure was very reliable, robust and performed well, but Harder and his team did not feel the trust was getting the best value for money and therefore carried out an options assessment.

They had the ‘cloud first’ strategy in mind and looked at three possibilities: carrying on with the data centre in place, effectively sweating the asset for as long as possible; moving everything into the cloud; and adopting a hyper converged infrastructure solution. The latter would be targeted at delivering the critical success factors: being cloud ready, scalable and flexible, easy to implement and supportable in the longer term.

“Probably the key thing was being sure that, if we did any form of on-premise infrastructure, that it would be hybrid cloud ready to enable us to continue our journey to ‘cloud first, internet first’ over the lifetime of the contract,” Harder said.

The team began a pre-market engagement in September 2018, took the business case to the digital board in December, put together specifications in April 2019, issued a tender in June, evaluated the five bids, named a preferred supplier in September, mobilised in October, installed the kit in November and carried out the migration between December and February. There was a priority to complete the project by the end of March to avoid any additional costs on the old contract.

“We chose our hyper converged infrastructure and managed, with Nutanix’s help, to migrate the majority of our environments within the timescales set out,” Harder said. “We migrated 450 VMWare virtual servers, 60 SQL instances, 12Tb of data, a Citrix environment supporting 5,000 users and our back-up environment of approximately 50Tb of data. Plus the demilitarised zone for remote access solutions, and the witness server we need to keep the two VMWare data centres in synch.”

It was migrated within three weeks from the end of November with just one issue with the load balancers for our in-house bed management system. In the course of this it reduced its three and a half racks of kit to half, split across two racks for additional resilience, with a mirror of it off-premise.

The trust was able to turn off its old data centre infrastructure in early March, just before the Covid-19 pandemic began to spread.

“We’ve delivered on our critical success factors and we’re thinking about next steps. We have a number of new digital applications to deploy,” Harder said. “We’re currently rolling out e-prescribing, we have a new theatre system to deploy, we’re replacing out intensive care and cardiology systems, and there are a lot of applications still using the on-premise infrastructure.”

There are also plans to scale up the infrastructure to take on the picture archiving and communications system, which currently sits separately, to expand the Citrix environment for wider use, to move more workloads from on-premise to the Azure cloud and to use other cloud providers.

It is taking place by steps, and an important message to emerge is to see cloud as an operating model rather than a location, providing the scope to respond to fluctuating demands on digital systems and to support them in changing over time.

Most of our customers at Nutanix have begun with an ambition to get some or all of their workloads onto the public cloud, and often run into the barriers outlined above.  They have found that a hybrid model enables them to harness the advantages that are obtainable, while providing the flexibility the move workloads and applications across different platforms, so that those not ready for the public cloud can be retained in a private cloud or on-premise until the time is right for a change.

Hybrid cloud provides the capability for innovation and a rapid scaling up of digital services. It can play a major role in supporting the creation of a more collaborative and better connected environment in the health and care sector.

For more information on Nutanix visit https://www.nutanix.com/uk/public-sector or contact Andrew Puddephatt and the team below: