Stakeholders in secondary education have mixed feelings about the potential for using artificial intelligence in marking examinations, according to educational qualifications regulator Ofqual. 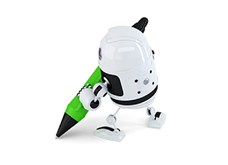 The issue has emerged from its latest report on perceptions of the major examinations in the sector, with input from a stakeholder survey by research company YouGov.

This follows Ofqual’s earlier launch of a competition to develop AI solutions for the sector.

It says the survey of a YouGov panel shows sentiment in favour of using the technology to check the accuracy of marking in GCSE and AS/A level exams: 42% of stakeholders agreed they would be happy with the idea while 34% disagreed. Support was strongest among young people at 53%.

A contrasting picture emerged for using AI in the actual marking process, with just 26% in favour and 51% against the idea. Teachers and head teachers were most strongly opposed with 61% and 58% being against.

Ofqual has been investigating the potential for using AI, particularly as a second marker or as a monitoring tool that could improve marking overall. Among the possibilities is that it could be used for identifying inconsistent markers or spotting erroneous marks.

Early in the year it published a blogpost explaining plans to run a competition for ways of using the technology, saying the results will help it undertake further research work. It had begun to recruit schools to take part in the competition.

A spokesperson said the project is ongoing.

“Any future use of AI is likely to take some time and a lot of testing,” the Ofqual blog said.

“We are not going to suddenly see AI being used at scale in marking high profile qualifications overnight. But we hope in the very least this work will help the sector to think about other ways and innovations to improve marking quality and the delivery of qualifications more broadly to ensure each learner’s work gets the mark it deserves.”